items in your cart 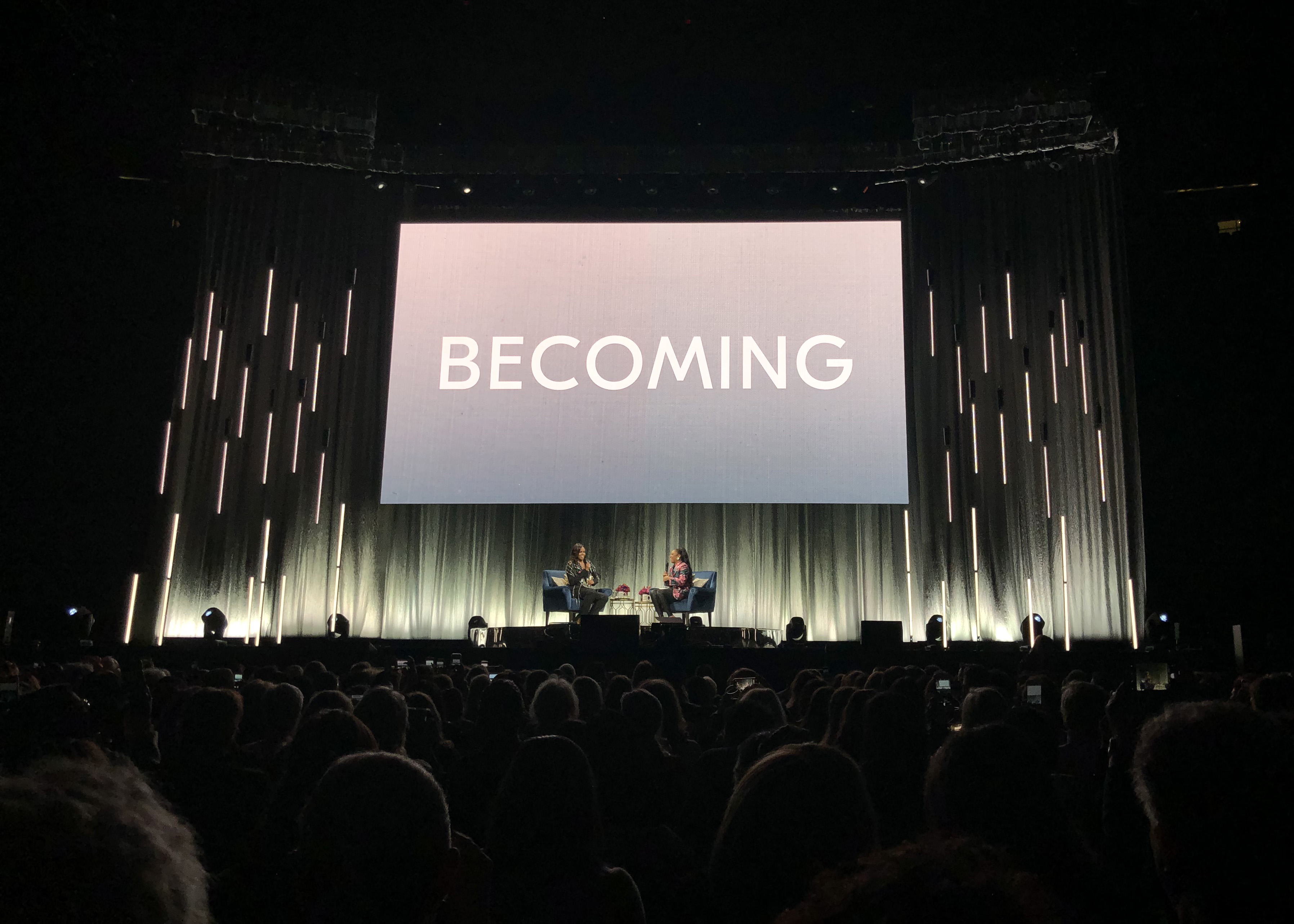 On May 4th 2019, I had the privilege of attending Michelle Obama's BECOMING Book Tour stop in Toronto.  I want to throw my friend Stephanie a big hug for making this night to remember possible.

Saturday evening, I sat amongst 15,000 other people and got inspired by an extraordinary woman who makes it her life mission to build bigger and brighter futures for our children.  Her name is Michelle Obama and she is one extraordinary mother, wife and writer.  Her humble self claims she is ordinary but in my mind, she is the highest definition of extraordinary.

The twenty minute slideshow right before she came on stage not only set the mood for the entire evening but really encapsulated what success truly means to me and I bet, to a lot of people in the audience.  And by this, I am not referring to all the glam and fortune that comes with being a former First Lady of the United States.  From the slideshow, I saw someone who knew how to connect deeply with people in an authentic and loving way.  I saw someone who got down on her knees to greet children, who held the hands of strangers to show support, who can roll up her sleeves and do push-ups on the Ellen show and give a speech to the entire nation the next day, who connected with all humans no matter their age, background, gender or culture.  Yes, her fame and fortune is unfathomable.  But her ability to connect with humans is something that we can all learn from and be successful with in our own lives.  Only by connecting with other humans can we achieve bigger and better things, whatever that may be.

I am a forever learner and I love it when I hear a great talk.  Michelle is smart, articulate, humble and extremely funny.  Her talk was not only inspiring but it was also encouraging.  She encourages each and every one of us to take action and become our better self.  She encourages us to push our boundaries, to think outside the box and to discover what we do not know.  She encourages the younger generation to find their voice and to find mentors who they can lean on to help them carry their voice to the next level.  She encourages men to be our allies, to support women in the work place so that together, we can build a better work place for our daughters in the future.  And finally, she encourages parents to help our children be the best they could be by allowing them to make mistakes, to brave the wounds, to strive for a better education, to aim high and dream the impossible dream.

I walked away feeling grateful and empowered.  I also walked away thinking...that is the BEST parenting advice I've ever gotten.

Advice #1: Treat Your Daughters as Equals

There are two big parenting takeaways from Michelle's talk that I desperately want to share with everyone, especially those with girls. The first has to do with how we treat our girls in our family.  I am completely and utterly ashamed to admit that I fell into this trap unknowingly myself.  Let me give a side story to help paint the picture.

About two months ago, we enrolled my daughter Blythe in a soccer class and she hated it.  After the 6 week class ended, my husband proposed that we enrol her in skating or hockey.  I, on the other hand, suggested we put her in something more 'girly' like dancing or singing.  My daughter has always been a 'girly-girl' and was very much into her Disney princesses.  I figured she would have more fun doing princess related stuff than to run around chasing after a ball with other boys (even though it was a coed class, there were only 3 girls).

Literally, I am giving myself two slaps on the wrist as I type.  First of all, what the heck does "girly-girl" mean anyways?  And secondly, why am I categorizing my daughter based on one sport that she happened to show a disinterest in?

One of the things Michelle was most thankful for growing up was that her father and brother treated her as an equal.  When her brother played baseball, she played baseball.  When her brother played soccer, she played soccer.  They spoke to her as equals, they treated her as equals.  She was not the princess in the family to be cradled and adored.  She was an equal and that, she believes, is what shaped her into the strong human being she is today.  She was taught to believe that she can truly be anything and whatever she wants to become.  THAT was eye-opener number one for me.

The second take away from Michelle's talk touches on my biggest fear that I've had since the day my daughter was born (yes, I tend to think ahead).  The boyfriend conversation.

I was raised in a very traditional family where I was told from day one that I am not allowed to have a boy friend until I was done university.  It was never made clear to me the reason behind this 'rule' but I assumed it had to do with the distraction.  They were worried that if I dated while I was in school, it would compromise my grades and impact my future.  I actually appreciated this rule that my parents enforced and I plan to do the same with my daughter.  However, I've always wondered and worried how this should be communicated so that it 'sticks' and doesn't backfire.  Michelle has now given me the best conversation starter that I wholeheartedly believe and endorse.

Michelle emphasizes that a girl must figure out her self worth and purpose, or as Michelle calls "her side hustle", before she gets married and have kids.  And I couldn't agree more.

Life is unpredictable.  One needs to be able to support oneself financially and to not depend on others for happiness.  I am so glad I left accounting and took the leap into photography at an early age before I met my husband.  Even though photography is no longer my career path of choice, I learned that I am capable of accomplishing so much more with my life than being an expensive bean counter.  I discovered myself before I got married and that has allowed me to keep my eyes and ears open for opportunities even though my kids are my priority nowadays.  I have not lost sight of who I am as an individual and what my aspirations are in life in addition to being a mother and a wife.

This is especially important in this day and age when women are expected to have it all.  We need to be able to breastfeed, we need make a living so we can pay for their schooling and extracurricular activities, we need to make sure they eat healthy and are socialized properly.  We often lose sight of ourselves - who we are and how to take care of ourselves.  Self-love and self-care is the first to go when babies arrive.  And next thing you know, life flies by and you are now 'too old' to go after those dreams.

Michelle did not just want to be the wind beneath Barack's wings.  She wanted her education and a career before she plunged herself into a family.  And even when she became First Lady and was married to the most powerful man in the country, she was able to find her own voice, her own audience and her own purpose because she already knew how to do that.

As I looked up at Michelle on that stage and waved goodbye to her, I thought to myself...had I received this talk from Michelle when I was a student, it would have completely changed my life.  My shy introverted self might have become someone different had I discovered my worth and my purpose.  I probably would have made fewer wrong turns in my life, made more friends and more allies and achieved greater success in a shorter period of time.

Michelle touched my heart that night not because she was Michelle Obama but because I felt a connection with her in ways that I didn't expect.  Even though she was the former First Lady of the United States, she connected with me as a mother and a wife.  I wholeheartedly believe that my kid's future is brighter because of her existence. 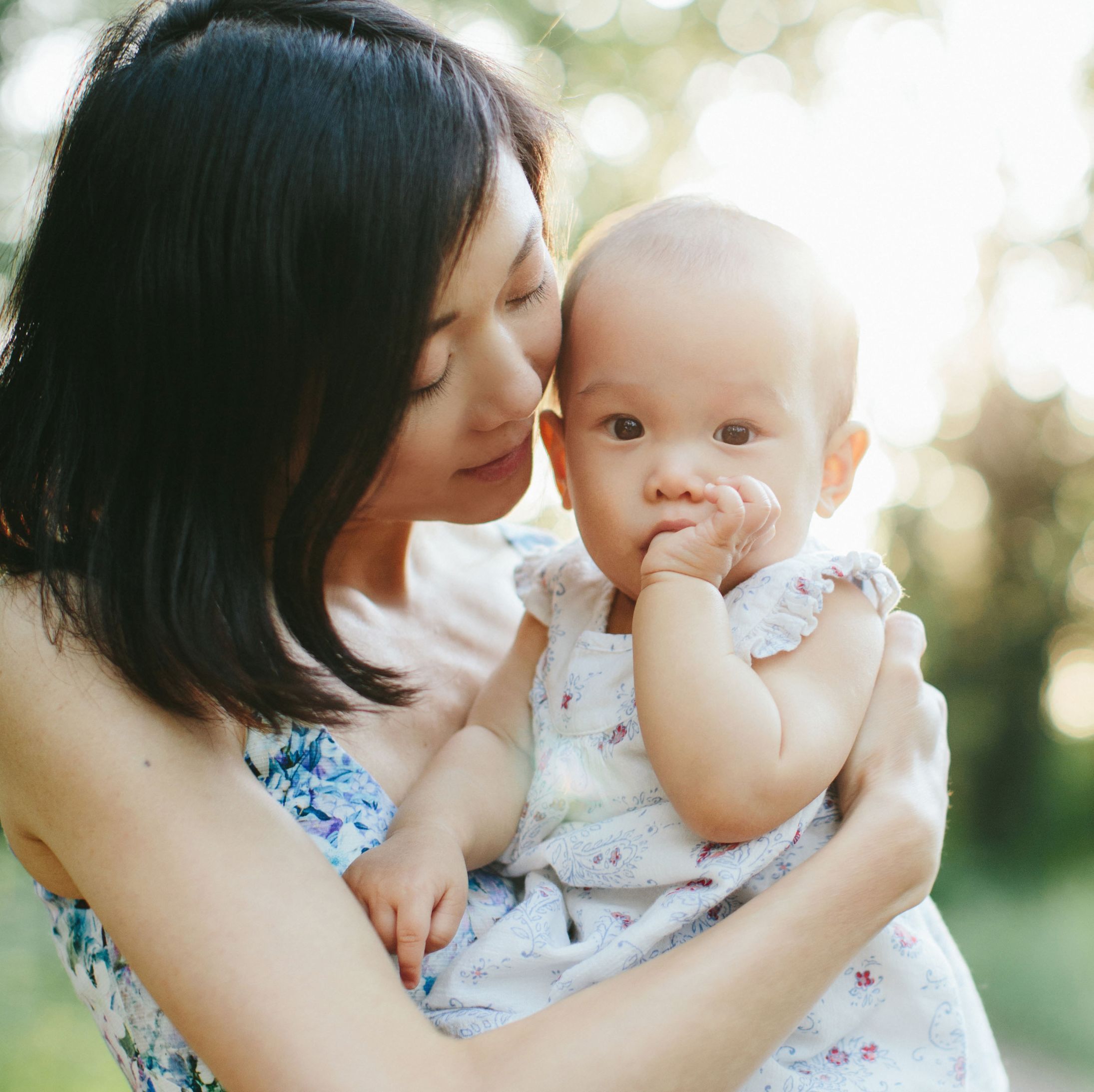